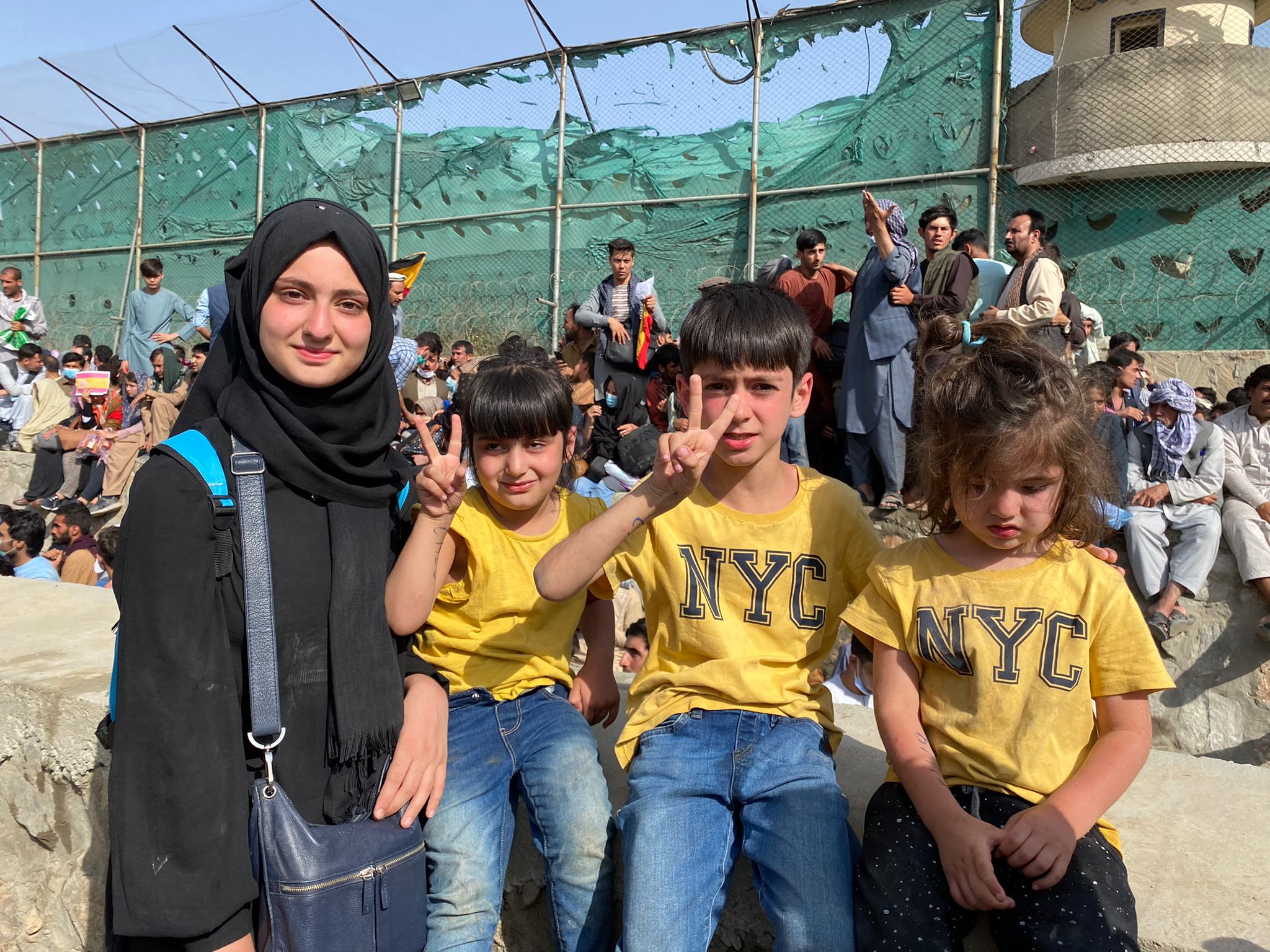 On 19 September 2021 I had enormous pleasure to meet and talk to Guhar Rasuli – a 15-year-old girl that was forced to leave her homeland – Afghanistan owing to attacks of the Taliban in Kabul where she was studying in an international school and living her best day-to-day life.

Everything has changed on her birthday, when the attacks happened, and left Guhar’s family, amongst many others, with no other option were pushed to run away and start a new life.

Poland was definitely not a first nor the most obvious choice for Afghan immigrants; however, Polish government helped them to find a safe spot here and time to figure out what to do and how to start a life on a new continent, in another culture amongst different people. As I talked with Guhar, she, as well as her family, is finding Poland nice and welcoming and she is looking forward to settling in Warsaw, after having received all the necessary documentation and leaving the refugee center, where she currently stays.

I want to use this platform to share Guhar’s story through an essay that she wrote in which describes her last days in Kabul. As there are plenty articles about Afghanistan and the attacks happening there since August this year; however, there is not many written by the actual people who have been there and suffered these losses. Especially taking into consideration a perspective of a teenager – a person who has not yet been scared through adulthood and has the most unique and authentic attitude and response to the current events happening around her.

I hope this essay will shed some light not only on the absolutely tragic events in Afghanistan, but also overall on how privileged we are living in a free country that is not suffering from any war or military attacks.

We had a peaceful life in Kabul. We are an educated family, my Dad graduated from the American University of Afghanistan and my mother from the Kabul Medical University. My siblings and I went to the Afghan Turk Maarif School, one of the best schools in Kabul. 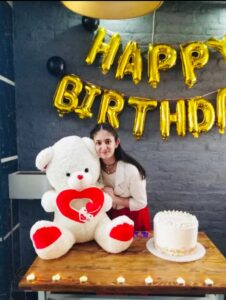 I don’t know much about politics, but for me everything looked fine in our world. I had my own routines, my friends, and my extended family members.

We were preparing for my 15th birthday. A very special one for me. A few weeks before, many of my cousins had come to Kabul from their hometown of Kunduz after it fell to the Taliban. So my plan was to celebrate my birthday at my grandmother’s house with all my cousins. I prepared a checklist for my party. The cake, decorations, which dress I would wear. I had everything planned.

The morning of my birthday, August 15, my father left home early in the day to pick up my birthday cake from the bakery. But he came back empty handed with a worried look on his face.

He said that Kabul had fallen to the Taliban. Everyone was scared. To be honest, I was also upset because it was clear that my birthday party was not going to happen. After all my planning and excitement.

I had heard about the Taliban from my parents and others but it was before my time. I knew they were brutal and fond of beating people. I heard that they search from house to house, looking for girls 12 years old or older to steal and marry – just so they could have someone to wash their clothes, cook for them, and beat on whenever they felt like it. More like a bad fairy tale or horror story than real life. Than my life.

That changed on my birthday. I saw them. They came wearing perahan tunban (traditional afghan attire) and white socks, had long greasy hair, and they all had guns in their hands. They looked barbaric. Their behavior was harsh, with everybody, no exception. At that time they were looking for Afghan government employees and for cars.

I watched them cut off a man’s hand for being a thief. He had been imprisoned until the Taliban released all the prisoners. They doled out their own idea of “justice” – sharia law.

My dad decided that we must leave the country immediately. We already had visas for India. He tried to book flights only to be told that there were no more flights. They had all been cancelled indefinitely because American military planes had arrived to take the last of the soldiers out. My dad started contacting other friends from other countries, now desperate to find a way out. Finally, a friend from Poland answered his plea. He got our family on a flight list. 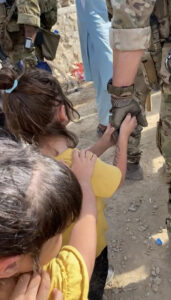 It became very dangerous, getting worse every day. On the 21st, only six days after the nightmare began, my dad decided we must try to get to the airport. My aunt and her family came with us. There were three roadblocks we had to pass through. The first roadblock was the Taliban. They held us for hours but, finally, they let some people through.

The second roadblock was also the Taliban. But at this one there were thousands of people. Some were waving documents, many others had nothing. All hoping for a miracle that would allow them to get out of Afghanistan and be free of the Taliban.

Again, it took hours to work through the crush of people. I saw people beaten with whips and heavy rods by any Taliban who got close. Somehow we finally got close to the third gate, manned by the Americans.

That is when the real horror began.

My aunt was left behind in the crowd of people with her daughter, her husband and other three children made it with my family to the third gate. People were pushing so hard to reach the gate that my siblings couldn’t breath. They were being crushed by the crowds, as they were shorter than most of the people.

My mom told us to throw our bags to the ground so that the younger kids could stand on them and have a better chance to breathe. One bag was our important documents. The other was my own small bag. It contained the only items I had been able to bring with me. There were just a few items – a small treasure box with jewelry from my grandmother, photos of her when she was a young girl, and a musical instrument that my dad had given me when I was 5 years old. Those things were very special and important to me. But not more than my family. I left the documents and my treasures on the ground so the little ones could breathe.

As the crush of people grew even worse, I found myself pushing back in every direction. Not to push people but simply so I could keep my balance and not fall to the ground. That’s when I saw my mom pick up a girl who fell to the ground holding her little sister. I think she saved her life.

A Taliban soldier was there hitting people. They tried to get away but couldn’t – there were too many people. My mom begged him to help get us out of the crowd. He laughed and yelled “Go to the Americans, they’ll help you!” but my mom persisted, “Please brother, for God’s sake save us.”

I don’t know how or why, but it worked. He cleared a path and we were able to escape the crush of bodies. It’s unbelievable that a Talib saved us, but he did. 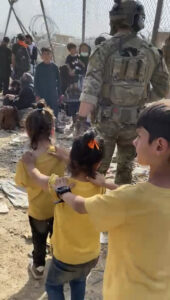 We made it out but my cousins were still missing. There was no sign of them, but there were still so many people. My mom looked in desperation. She thought they might be dead so she went to where the bodies lay of those who had been killed. She didn’t find them. My dad tried calling but the phone didn’t ring. We sat in a parking lot under the hot sun. We had no food, no water. Finally, my uncle called and said that they too had escaped. Somehow.

Dad took us back home. He decided that trying to get through the gate like that was not an option. But my dad didn’t give up either. We returned to the airport again and again but failed every time. We wouldn’t go into that crowd again.

My uncle discovered another way in. It wasn’t exactly a gate. We had to cross an open sewage ditch filled with dirty water. On the other side, there was already a crowd of people waiting at a barricade for the Polish soldiers to arrive. We waited for hours and hours. They did not come. Some people said that the Polish had already been there in the morning and would not come back that day.

We lost hope. But my dad still would not give up. We kept waiting for two more hours in the hot sun. In the afternoon, the Polish soldiers finally arrived. My aunt and uncle’s family got through the sewer first. My dad lifted me on his shoulders and carried me across. On the other side the soldiers helped us through. My mom said “I can finally breathe, I feel as if I am already in Poland.” She was so relieved.

The Polish soldiers treated us very kindly. They gave candy to the kids and talked to us for a while. They then took us to a camp where there were other families like us. We got to rest even though the smell of the sewer was on everybody. It wasn’t too long before they took us to a military airplane. And we left Afghanistan.