The opinions about the most recent art genre are widely divided. Some think it’s utter rubbish while others see it as revolutionary and important. So what is all this craze surrounding a simple topic about?

The reason contemporary art has faced so much critique ever since it first came out in the 1960’s is that the whole idea behind it is to push boundaries and break rules. Most importantly, to be so unconventional, that people who see your work, instead of observing the beauty of art, feel certain emotions.

Every art piece has a different intention. Some want you to reach to the depths of your imagination and find an interpretation, others simply want to bring out a specific emotion out of you, while it is also possible that the whole meaning of the art piece is that it has no meaning. That’s what makes modern art so controversial.

The idea that there are absolutely no rules, and that your imagination is your limit, seems appealing to a group of people while causes absolute hatred in the other. 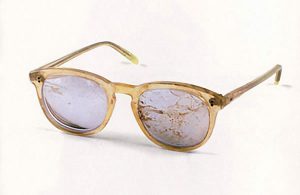 Yoko Ono, a famous artist once put up an exhibit where on a white simple background there was a pair of blood-stained glasses. For anyone passing by it’s just a random object that anybody could put in an art gallery. But with contemporary art, you usually need to take a double look to realize what the artist meant. Here once you connect the facts, you can realize that Yoko Ono was the wife of the assassinated Beatles member – John Lennon, and these are his glasses. By putting up something like this Yoko Ono created art out of the tragedy she faced. You can also understand the exhibit as a form of protest against brutality. However, you could also pass by, without thinking twice about it. This is the charm of modern art. It can mean anything you please. Even nothing

Every detail has a meaning 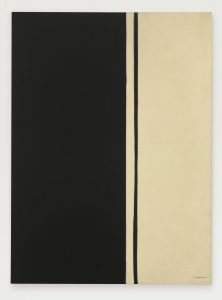 It is true that looking at a canvas that’s painted in two simple colors, like Barnett Newman’s painting called ‘black fire 1’, sold for 84,2 million dollars, can be frustrating. The first thoughts all of us have, is that everybody could do that.

We get mad that we didn’t think of it first and now some ‘so-called artist’ gets to be a millionaire and we don’t. But the sad truth is that even if we wanted to, we couldn’t create contemporary art that sells for almost a billion dollars.

These artists put an enormous amount of thought into their art. For them, every line has a meaning, every single detail that you can think of has been considered beforehand and put on this canvas intentionally.

For the artist, this painting has a very specific meaning that we can only guess. So yes, it is true that you can replicate this painting, but you cannot create your own from scratch without putting a huge amount of effort and creativity in it.

So, in conclusion, modern art will always be a controversial topic that everybody will have a different opinion about because the whole point of it is to be something people don’t agree on. It’s is the most groundbreaking art genre of all because every single person looking at the painting or exhibit will see something else, will interpret a totally different thing than the person standing just half a meter next to them. With modern art, the key to enjoying it is to try and find your own meaning in the art. Only then will a blank white painting cease to be a useless canvas, some pretentious jerk put up, but become a piece of modern art that had a million hidden meanings inside.