Sixty years ago, on October 4th, 1957, the first artificial satellite was launched. Sputnik 1 was sent by the Soviet Union into orbit, what appeared as a groundbreaking moment in human history, and the political sphere, especially.

It should be reminded at this point, that Sputnik was launched at the peak of the Cold War. A few days earlier, the American Strategic Air Command initiated a nuclear alert in anticipation of the Russian attack. Competition between the Soviet and the Western worlds was continuously increasing tensions. Both camps were “aiming for the stars” and for the first time since the World War Two had ended, the Soviets appeared to be winning in this area. It started a series of events known as the Sputnik Crisis. 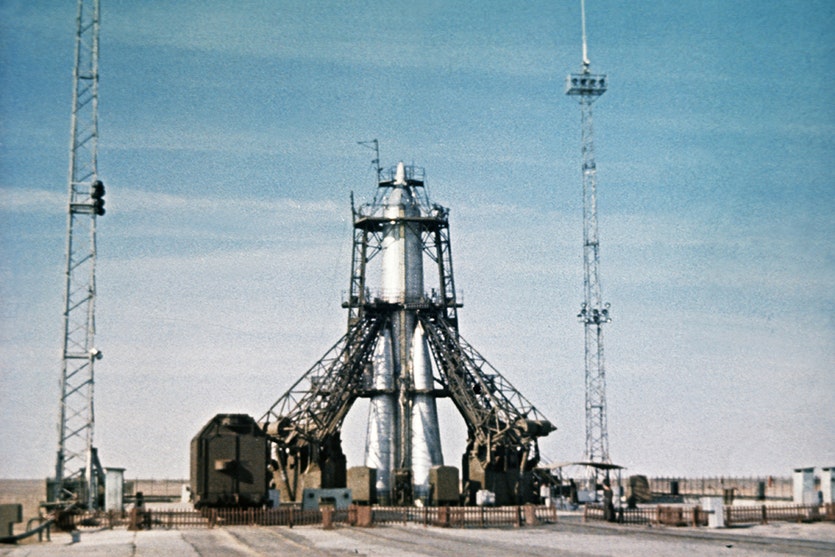 In the middle of ongoing scientific and technological rivalry, the Americans were virtually shocked by the Soviet advancement. Whilst the USA had been planning to launch a satellite of 9.8 kilograms, the mysterious – as the West did not know what the Soviet satellite looks like until five days after the launch-Sputnik weighed 83 kg, what was astounding. Similarly, the rocket that sent Sputnik into space produced force incomparable to the American possibilities. Eisenhower’s government report stated that the USSR was training “two to three times as many scientists per year than the United States”.
The danger of the Sputnik 1 satellite was to a great extent exaggerated by journalists of the 1950s America, research and development was used as a propaganda tool by politicians and, as Khrushchev said, Soviet “potential enemies cring[ed] in fright„. 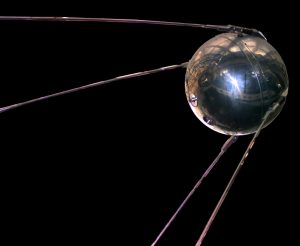 Despite all of the limitations of the signal sent by Sputnik (the characteristic beeping of which could be picked up by amateur radio operators), the ability of the US to observe the satellite carefully and the event being turned into a propagandist achievement rather than a scientific one, we should not narrow down the view of the event to the political sphere.

Sputnik 1 was a milestone in the space exploration, being the underlying cause of the Gagarin’s launch to orbit on April 12th, 1961 and the soon to come Apollo 11 mission.