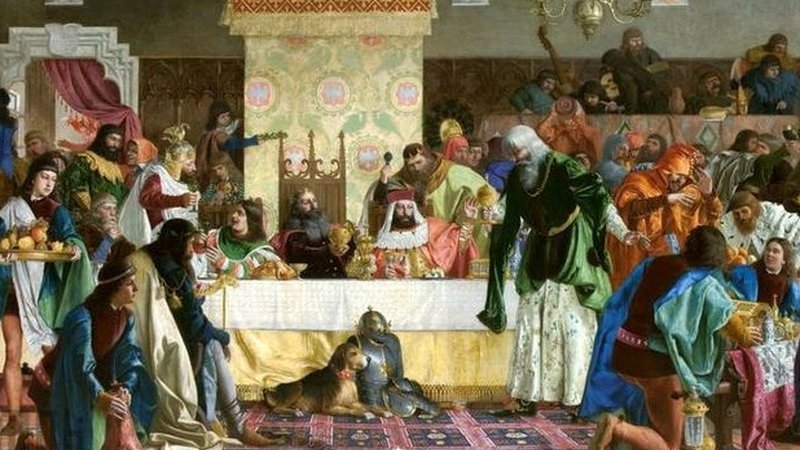 Italy and Poland may not be close to each other geographically, but distances are no limits for good tastes.

The beginning of the history of Italian food in Poland is hard to determine. Most people, when asked, will with no hesitation say one name: Bona Sforza. This Polish queen, wife of Sigismund I the Old, was indeed Italian – Milanian to be exact.

Before moving to Poland to become a queen, she lived as a princess in the South of Italy – in Bari. She was a very educated woman, with big ambitions, so upon coming to Poland, she quickly started to engage in all kinds of intrigues and businesses. Her great success in managing property brought her unprecedented wealth, making her, arguably, the richest woman in Polish history. 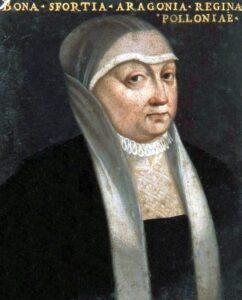 Bona wasn’t very modest, so as soon as the right money was there, she started bringing in all kinds of things she missed from Italy. This, of course, included food. She imported: oranges, lemons, pomegranates, olives, almonds, wine and many kinds of Italian vegetables, such as artichoke or cabbage. Exotic products like saffron – popular in Italy because of mediterranean trade, were in her stock too.

Bona Sforza was known for her Italian style dinners at the time. They were rather light, consisting of many vegetables and salads, consumed accompanied by wine. Polish cuisine was an opposite. Poles liked a filling meal, with groats and lots of meat, choosing mead (so called “drinkable honey” in Polish) or beer as the beverage. Jokes about Italian cuisine were common amongst Poles at the time, while the Italians mentioned how one Pole eats more than five Italians. Frankly, her dinners, although organised more rarely than those of her husband, cost over 50% more. Her budget for the food was always bigger than the king’s. 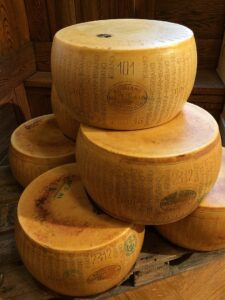 If we are already talking about Bona Sforza in the context of food, it would be a shame not to mention the infamous Parmesan cheese scandal. How could a block of this Italian cheese be important in the scale of European politics? Let me explain.

In 1538, Sigismund August the son of Bona and the king of the Commonwealth, married Elizabeth of Austria. His mother was completely against that idea, since she considered Habsburgs an enemy. Bona Sforza would much rather see a French princess steal her son. Despite the delays caused by Bona, the marriage was finalized, making the hated Habsburgs a part of the Polish dynasty. The cunning woman Bona was, she tried to make the German princess not feel at home. This was also due to Elizabeth being supervised by a “diplomat” (read “spy”) of the HRE Emperor. When Sigismund’s wife asked a cook for a piece of Parmesan cheese, with no surprise – she received it. She was the queen of the Commonwealth after all. There was just one problem – the cheese belonged to Bona.

Sforza made a great scandal out of this. She punished anyone who could have been responsible for this and bashed Elizabeth. This may seem like a crazy thing to do, given she no doubt, had plenty of Parmesan and could easily afford it. Bona used this cheese scandal as a way of expelling the spy – Jan Marsupin from the royal court (the story is more complicated, and to be more exact, he simply expelled himself, being unable to stand the treatment he received). It may be incomprehensible for us, how someone eating a piece of a cheese can be a reason for large changes in the royal court, but that’s how Bona works.

This is probably the most interesting “Italian” part of Polish culinary history. After reading the above text, you may be thinking, that it was Bona Sforza to whom we should attribute the introduction of so called “włoszczyzna”. There is no translation to any language, but basically it means “Italian vegetables” and no, mirepoix is not the same as włoszczyzna and “soup vegetables” isn’t a single word or a definable phrase. This is, however, a myth.

Cauliflower, artichoke, cabbage and other Italian vegetables were already known in Poland when Bona Sforza came to the Commonwealth. The first mentions of some of them are from the times of Władysław II Jagiełło, or even earlier, from the “Prussian Chronicles” from the 14th century.

Those vegetables weren’t necessarily very common and their popularisation is usually attributed to Bona. This isn’t completely accurate either. She wasn’t the first Italian in Poland at the time. There were tens, if not hundreds of Italians in the Commonwealth. That doesn’t still account for the influence of the masses (yes, that is an exaggeration, few people could afford trips to Italy) of noblemen, rich townsfolks and traders who travelled to Italy for education, experiences and business. All of those influences must have had an effect on the eating habits of the inhabitants of the Republic.

Now, the author asks the readers to not treat him harshly when he erases nearly 400 years of history. We pass forward to the 1880s when the first tomatoes were planted in Congress Poland. The Polish language adopted the Italian word “pomodoro” for its name of the vegetable “pomidor”. Those, however, were not popular until the 1930s. Having tomatoes didn’t mean having Italian cuisine.

During the interwar period the most expensive restaurants such as Bristol and European served mostly Polish and French dishes of haute cuisine. Having reviewed several prewar restaurants’ menus, I have not spotted any specifically Italian dishes.

The next trait led me to the “Poranek” bar mleczny (a type of Polish cafeteria) located in Słupsk (Pomeranian voivodeship). In the 1970s the director of that cafeteria went to a culinary fair in Milan and liked pizza so much, he decided to make it in “Poranek”. This became the first pizzeria in Poland. 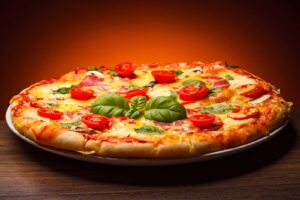 Italian restaurants and pizzerias only started to popularise after the fall of communism. Since 1989 they started opening in bigger cities, rapidly spreading to most towns and even villages. This was rather due to American influence, as Italian cuisine generally started to be known only after being adopted in the USA. This is reflected in the dishes most commonly affiliated with Italy and most commonly cooked in Poland, such as Pizza, Spaghetti Bolognese and lasagna – American favourites. Truly Italian food, such as Italian hams, cheeses and other Appennian products were available only in luxury stores at first, starting to be introduced into supermarkets roughly after 2005 in bigger cities. As of now, Italian cuisine and food is known and popular throughout Poland.

To conclude, it took us quite some time to get to the times when an average Polish Jan can enjoy Italian food in the privacy of his house or in a restaurant for a relatively low price (compared to what it must have cost to buy Parmesan in 16th century Kraków).