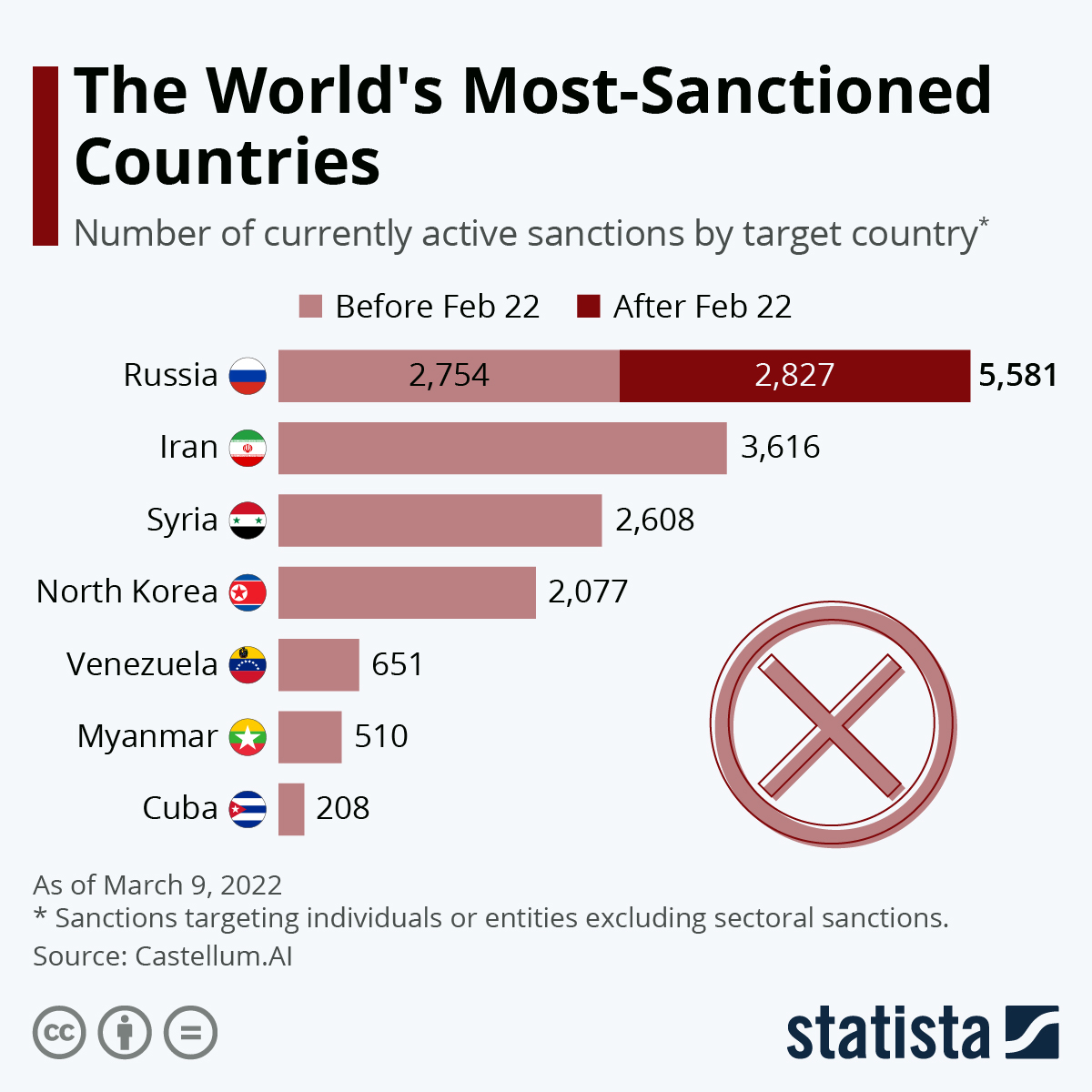 Economic sanctions are penalties applied by one or more states on a target in order to force it to change its behavior or to punish it for certain behavior. The most notable examples of economic sanctions may be that imposed on Cuba and, most recently, Russia.

Even though sanctions have many positives – they allow states to not engage militarily and yet to put pressure on the target to change its behavior – there are also concerns raised by many organizations that in certain situations sanctions may be unethical and should not be enforced. This is especially important in the light of the recent Russian invasion of Ukraine which led many people to call for sanctions against Russia.

Most commonly the target of the criticism is comprehensive and collective sanctions. Sanctions are considered collective when they are imposed on an entire state. An example may be a sender state stopping oil imports to a country. As this affects the whole population of a country and can result in negative impacts on its citizens, this type of sanction is commonly viewed as unethical.

Nevertheless, they are also often criticized for being unethical. That is because in many situations when states are affected by sanctions, the majority of the population had no impact on the behavior of the state, but they may end up suffering more than the elites ruling the country.

There are three most popular frameworks that can be used to consider whether economic sanctions are ethical: the just war theory, utilitarianism, and clean hands theory.

Based on these principles when adjusted, it can be determined that the decision to go enforce sanctions should only be made If:

Consequently, all sanctions enforced in order to achieve economic or political gain would be deemed unethical. Moreover, punitive and preventive sanctions, for example, those meant to stop a country from a non-imminent attack, would too be unethical.

All sanctions that would cause more harm than good or that would not have a great chance of success would be unethical. This would require the sender state to consider the harm done both to the targeted and the sender populations.

There are also five conditions for jus in bello to be met. For sanctions, there is one, the principle of distinction, that should be always taken into consideration when using this framework.

1. Attackers should distinguish between combatants and non-combatants in war and treat them differently.

In the case of sanctions, the people who actually took part in planning, organizing, and carrying out an objectionable or unlawful policy can be viewed as combatants, while the rest of the population can be viewed as non-combatants. According to this principle, all comprehensive and collective sanctions can be deemed unethical as they violate the principle of distinction.

Nevertheless, some people criticize this framework as sanctions are usually used as an alternative to war and thus, they argue, should not be governed by the principles of just war.

According to utilitarianism, actions that lead to more well-being and happiness than pain and harm are good. In the case of economic sanctions, this would mean that the harm done to the target population should be lower than the harm caused by the objectionable action of the targeted state. From this point of view, it is wrong to impose sanctions expected to fail or that are likely to fail. Utilitarianism might also in certain cases demand military action rather than sanctions If it can lead to less harm overall.

The clean hands approach advocates that the aim of sanctions is not to change the target’s behavior but to avoid complicity in that behavior. For example, selling arms to a state that uses them to commit human rights violations is wrong, therefore sanctions should be enforced.

Nevertheless, there are serious problems with this moral framework. For example, certain goods can be used in more than one way. For example, food is necessary both for the civilian population and the military committing human rights violations. Another example may be oil, which can be both used to fuel tanks as well as heat homes. Therefore, with this framework, it is hard to decide which sanctions are morally right or wrong. 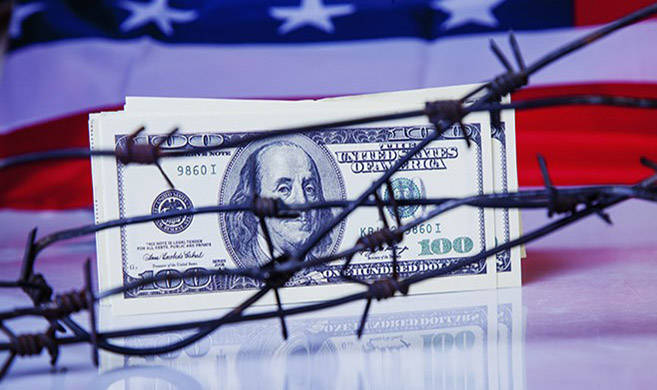 The US embargo on Cuba was the most enduring one in modern history. The first sanction imposed by the USA on Cuba was a 1958 embargo on the sale of arms. In 1962 the embargo was extended, making it include almost all exports. Only since the year 2000, Bill Clinton allowed for humanitarian exemptions to be made, that is allowed for the sale of food and humanitarian products to Cuba. The aim of the embargo was to force Cuba’s revolutionary government out of power or at least make it change its behavior to one favorable to the USA.

The embargo has been criticized for its effect on the Cuban population as it had a negative impact on the medical and education sectors in Cuba. As nearly 80 percent of medical patients are issued to US companies, due to the embargo patients in Cuba did not have access to a variety of medication.

The sanctions also limited access of Cuban citizens to software useful in education, for example, Adobe Flash. Some researchers, for example, Michele Barry, have also noted that due to the embargoed food was scarce, leading the median weight of the population to be reduced. The reduced intake of nutrients was also linked to an increase in the number of certain illnesses, for example, neuropathy.

While the aims of the embargo were never achieved, they led to a decrease in the quality of life and illness for many Cuban citizens. Taking into account the previously mentioned frameworks, the Cuban embargo could be definitely viewed as unethical.

On 24.02.2022 Russia invaded Ukraine, leading many countries to impose sanctions on it in order to force it to withdraw. Most importantly, this situation is met with the widespread use of targeted sanctions. 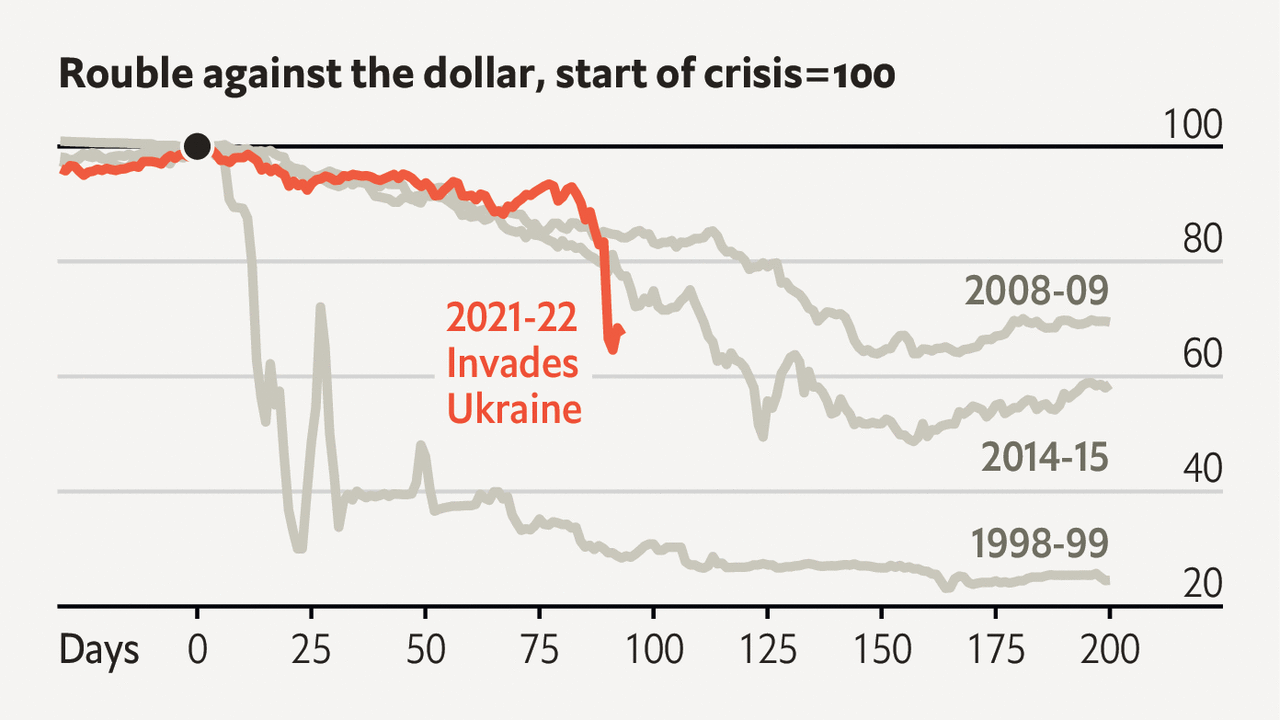 The targeted also called smart, sanctions are ones aimed at specific individuals or entities considered to be responsible for the undesirable behavior. What are examples of the targeted sanctions that were imposed?

On the 24th of February Prime Minister of Britain, Boris Johnson, has also announced that Britain will put sanctions on over one hundred individuals and entities. This will include for example Rostec and its subsidiaries, which is a Russian state-owned military corporation.

How is this connected to ethics?

Targeted sanctions are more likely to be viewed as ethical than collective sanctions using the previously mentioned frameworks. As they target only the individuals and entities seen to be responsible for the undesirable behavior, they are less likely to hurt innocent people. Moreover, they are more likely to achieve their objectives, especially in authoritarian states, as they target the people who have a substantial possibility of changing the undesirable behavior.