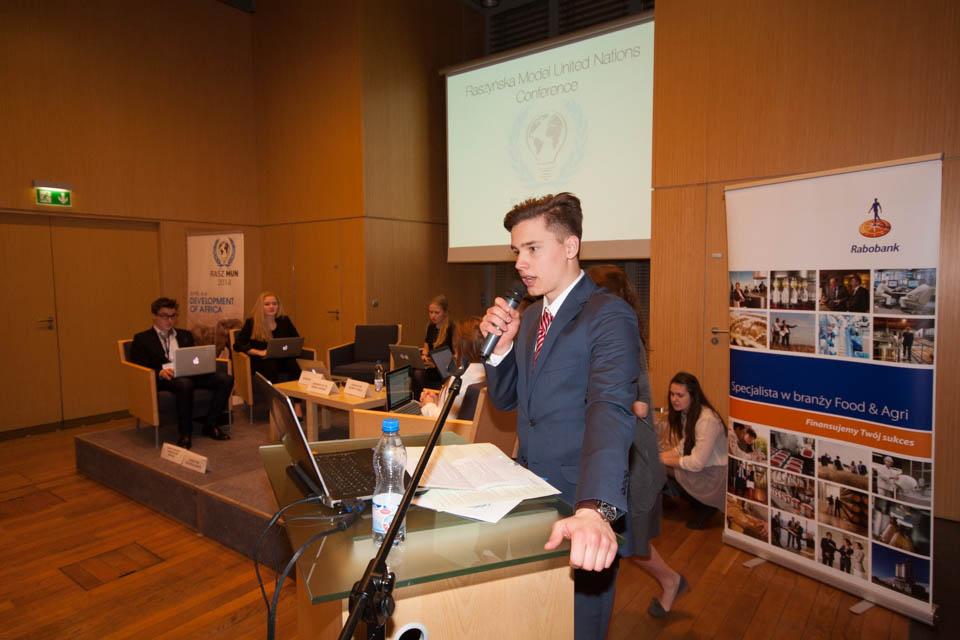 Months of preparations, and numerous sleepless nights spent on preparing the smallest details concerning the event, had finally paid off. On the 4th of April, Rasz MUN 2014 had started.

The first MUN conference organized by the students of the Raszyńska IB World School 1531 can be described with just one word: success. The purely professional opening ceremony impressed the delegates and the guests, who filled the whole Conference Room at the headquarters of the Agora S.A. (one of the most modern and innovational buildings in Warsaw!). Adam Leszczyński, a Polish journalist and publicist who specializes in the subject of Africa, gave a speech and eased us into the theme of this year‘s Rasz MUN Conference – „Development of Africa“. Moreover, The School‘s Principle and IB Coordinator, Ewa Stawecka, had arrived back from Africa, where she had been participating in a charity action, a couple of hours before the Opening Ceremony. She provided us with a heartwarming and fascinating speech about her adventures there. This was followed by opening speeches presented by the representatives of the assembled delegations, which raised the standard of the whole event, as every one of them was not only excellently prepared for the speech, but also responded to the points of information and presented an indepth knowledge concerning the policies of a given country. 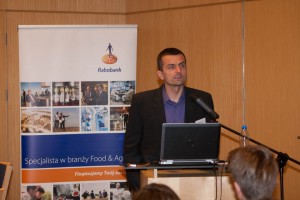 After the General Assembly and lunch break, the time had come to move towards the building of Politechnika, where the Committee sessions were about to take place. But, it wouldn’t be a Raszyńska event without a surprise for the delegates. The transport was, one could say, „quite unusual“. There was a Public Transport Bus waiting for the participants near the Agora headquarters. However, it was reserved only for the distinguished delegates and the secretariat, as it even had the personalised sign reading „RASZ MUN 2014“. 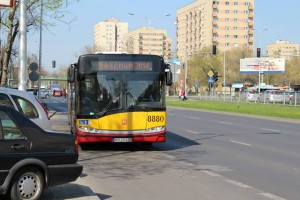 Committee sessions were held in seperate debate rooms, depending on the council. This year, the delegates could join the following: Security Council, Economic and Social Council, Human Rights Council, High Commision for Refugees and, the very popular amongst modern MUN Conferences, Historical Council.

The second day of the Conference was the most intense when it came to debate sessions. The delegates were trying their best to create and pass resolutions, which were the most profitable for their assigned countries. The determination of the delegates was even visible during the coffee breaks, when, instead of resting between the committee sessions, delegates were discussing points of the arising resolutions. 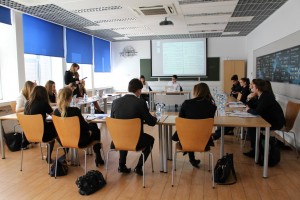 The last day of the Rasz MUN was both happy and sad for the organizers of the event. Despite their tiredness after the official Social Event (which was held the evening before at a very fashionable place called “Państwo Miasto”), the delegates and the exemplary Secretariat were briskly participating in the General Assembly, which concerned the new Government in Syria. During the closing ceremony, the best delegates were awarded for their hard work. This meant that the 3 days of debating, bonding with new people, and fighting over resolutions, had come to an end.

As a member of the RASZ MUN team, who had been preparing this event for months, I can say that all our work, despite many conflicts and disagreements, had finally paid off. Rasz MUN 2014 is officially over, but will hopefully stay in our memories for a long time.

Julia Czub (with help from Sylvia Rybak and Sabina Weston)