On the 16th October students from IB1 and some from pre-IB attended a lecture titled „Victorian England in the making: how did technology create a new society” and delivered by one of our English teachers – Ms. Ewa Wohner. The original presentation consisted of 64 slides – regretfully, we did not manage to listen to the whole of it due to lack of time. The lecture was based mostly on a book – The Victorians by Jeremy Paxman.

First, we heard about industrialism and the industrial revolution as well as learned how it was depicted in books, such as The Mill on the Floss by George Eliot (1860), and paintings (e.g. Manchester from Cliff, Higher Broughton by William Wyld (1852)).

While some artists tried to show Victorian England as a cheerfull, bright place, the truth was very different – sometimes several families shared one cellar in which they lived and the diseases were spreading rapidly. One of the few who decided to be honest was a photographer – Thomas Annan. He went to the slums in Glasgow and made pictures to later show the upper classes the poverty and awful conditions in which the rest of the society had to live.

And so the rest of the lecture followed – brightly illustrated, with interesting tidbits about the Victorians and lots of focus placed on the art created at that time. Among other subjects, The Great Exhibition was mentioned as well as painters such as William Powell Frith and Abraham Solomon. Both of them depicted people of different classes mingling together – quite a novel concept.

Response to the Industrial Revolution

Another person who simply must be recalled is John Ruskin. He was an art critic and a watercolourist but his greatest service was done to the way of thinking in the Victorian era. It was his ideas about the Industrial Revolution having a negative impact on the Victorians’ lives that pushed some of the artists and social thinkers to create a Pre-Raphaelite Brotherhood – a group of men who managed to create a connection between modern architectureand traditional craftsmanship in the artistic sphere of life.

One of Ruskin’s main ideas was that people should be exposed to art and the last one ought to convey a message, not merely be pleasing to the senses. This, after all, he thought, is what distinguishes humans from animals – having and creating ideas.

As I already mentioned, Ms. Wohner had to skip the section about Victorian furniture to finish the lecture on time, but still some time for questions was left. „Why weren’t the workers protesting against the appaling conditions in which they had to live?”

The answer was: but they did protest! It just was not as visible as in Europe because they were calmer and did not want to abolish the upper classes and instead join them.

The lecture broadened our understanding of the Victorian England as opposed to other parts of Europe and we enjoyed it very much. 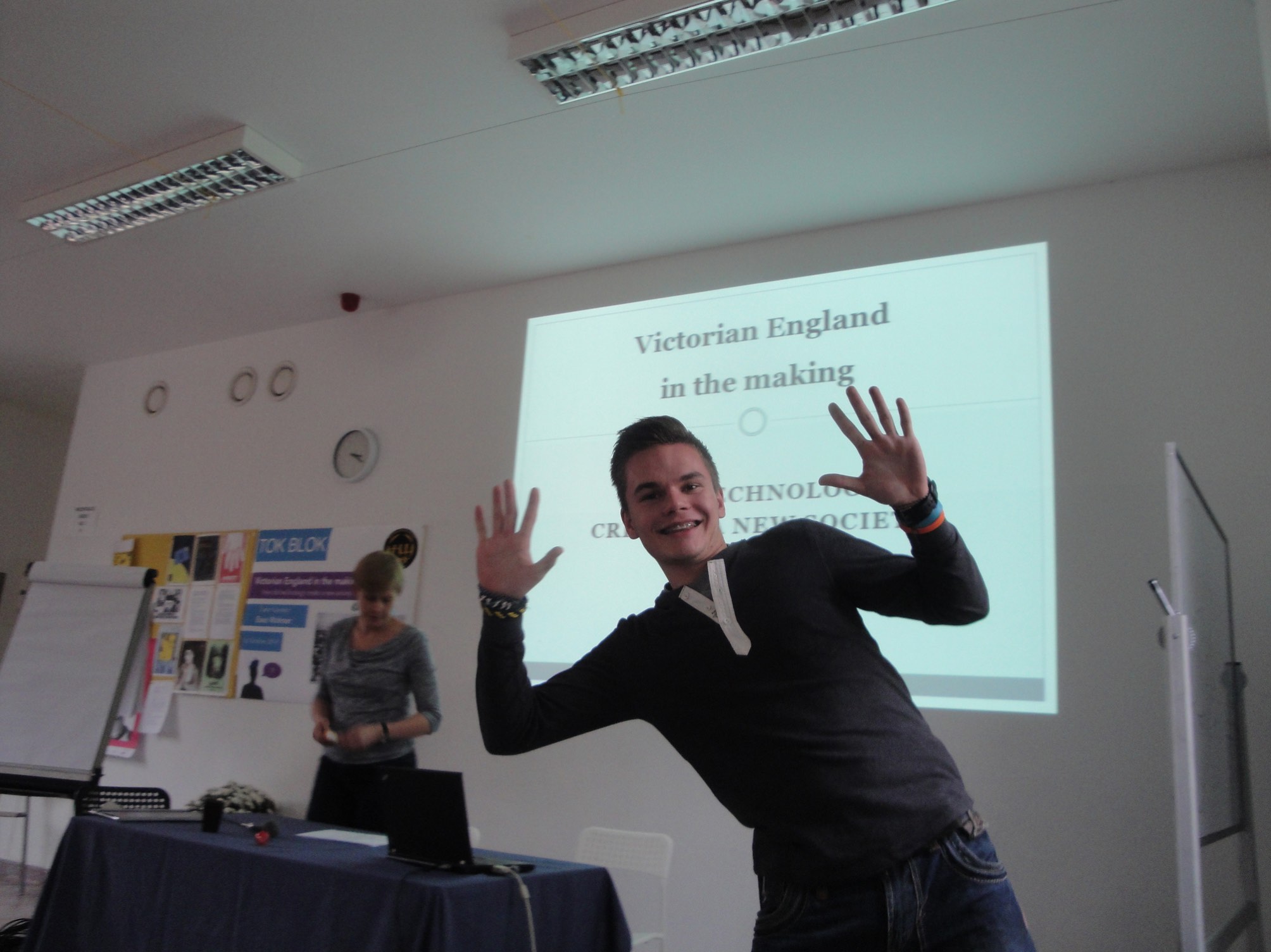