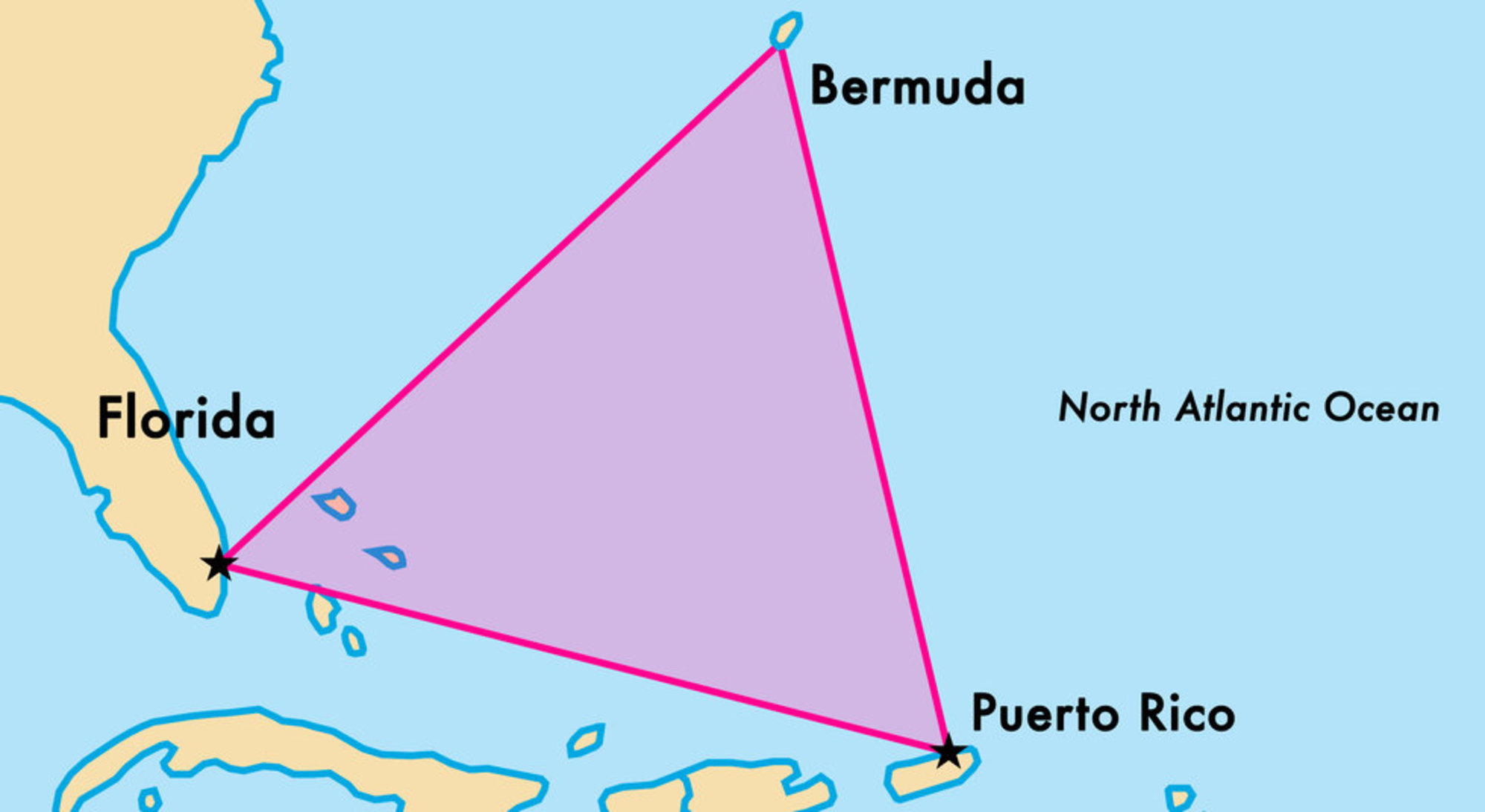 The Bermuda Triangle is a vaguely defined area in the western part of the North Atlantic Ocean, resembling a triangle (with its three points located in Miami, Puerto Rico and Bermuda Island), where several aircrafts and ships are said to have disappeared under puzzling circumstances.

Although, the fabled vicinity, hosts one of the busiest shipping lanes and aircrafts regularly fly over the territory. Popular culture has linked the disappearances with paranormal activity and extraterrestrial beings. Documented data indicates that a significant part of the incidents were false, inaccurate or later abolished by the creator.

What exactly is the Bermuda Triangle?

The scrutiny of the unusual vanishings most probably began with an article published in The Miami Herald by Edward Van Winkle Jones on September 17 1950, bringing the abnormal incidents into the limelight. The Bermuda Triangle really came into public interest, when several writers, like George X. Sand or Allan W. Eckert, covered the loss of Flight 19 carrying five US Grumman TBM Avenger torpedo bombers on a training mission in 1945. Eckert’s article, described the leader of the flight saying “We are entering white water, nothing seems right. We don’t know where we are, the water is
green, no white.”

Endeavours of explanation and theories

Many writers have applied supernatural notions to justify the surprising incidents. Many have linked it to the submerged city of Atlantis. Others blame UFOs. This theory was used by Steven Spielberg in the 1977 fantasy film, “Close Encounters of the Third Kind”. Author Charles Berlitz explained the events with unexplained forces, while a British- German science fiction miniseries “The Triangle” compared the area to a wormhole.

Some theorize that queer magnetic fields exist in the area, which cause the malfunction of the compass. Another explanation is The Gulf Stream.

The Gulf Stream is a powerful current that starts
from the Gulf of Mexico and flows through the Straits of Florida into the North Atlantic Ocean. Its velocity can measure up to 2 m/s. This is why it can easily carry away a boat with a weak engine or a plane, which landed on water.

At times, people are held accountable, for carelessly drifting into a storm. Some hold the violent weather liable ex. Hurricanes, storms or rough waves. A laboratory experiment carried out in Australia, shows that large quantities of methane hydrates can produce bubbles, which can indeed sink a ship by decreasing the density of water. Another hypothesis suggests, that these methane eruptions can create frothy waters, which don’t provide the buoyancy of water needed for the ship.

In 1973 Robert Corner and his friend Reno Regon went for a trip from Miami to Freeport in The Bahamas. Robert was in his own plane Navion A16, which was maintained very well. Bob himself, was a great pilot. Halfway through the 110 mile journey, Corner contacted the control tower in Miami to check the weather ahead. He was advised to take a detour in order to avoid the risky situation. He obediently followed the advice, however that was the last time he could be contacted or his plane traced. US coast guards swung into action and tried to locate the plane, but unfortunately, Navion A16 was never heard of again.

On October 1 2015, cargo ship SS El Faro departed from Jacksonville, Florida towards Puerto Rico with 33 crew members on board, containing trailers, containers and vehicles. A tropical storm, turned into a fierce hurricane, dashed down El Faro and started circling the ship. Very soon, all the communications from the boat went silent and after weeks of extensive search the ship was located sitting upright at a depth of 4572 meters. The crew members were never traced.

There have been myriads of theories and attempts of explain the mystery of The Bermuda Triangle.
But yet, there is no concrete solution or answer. The Devil’s Triangle remains a mystery till date.