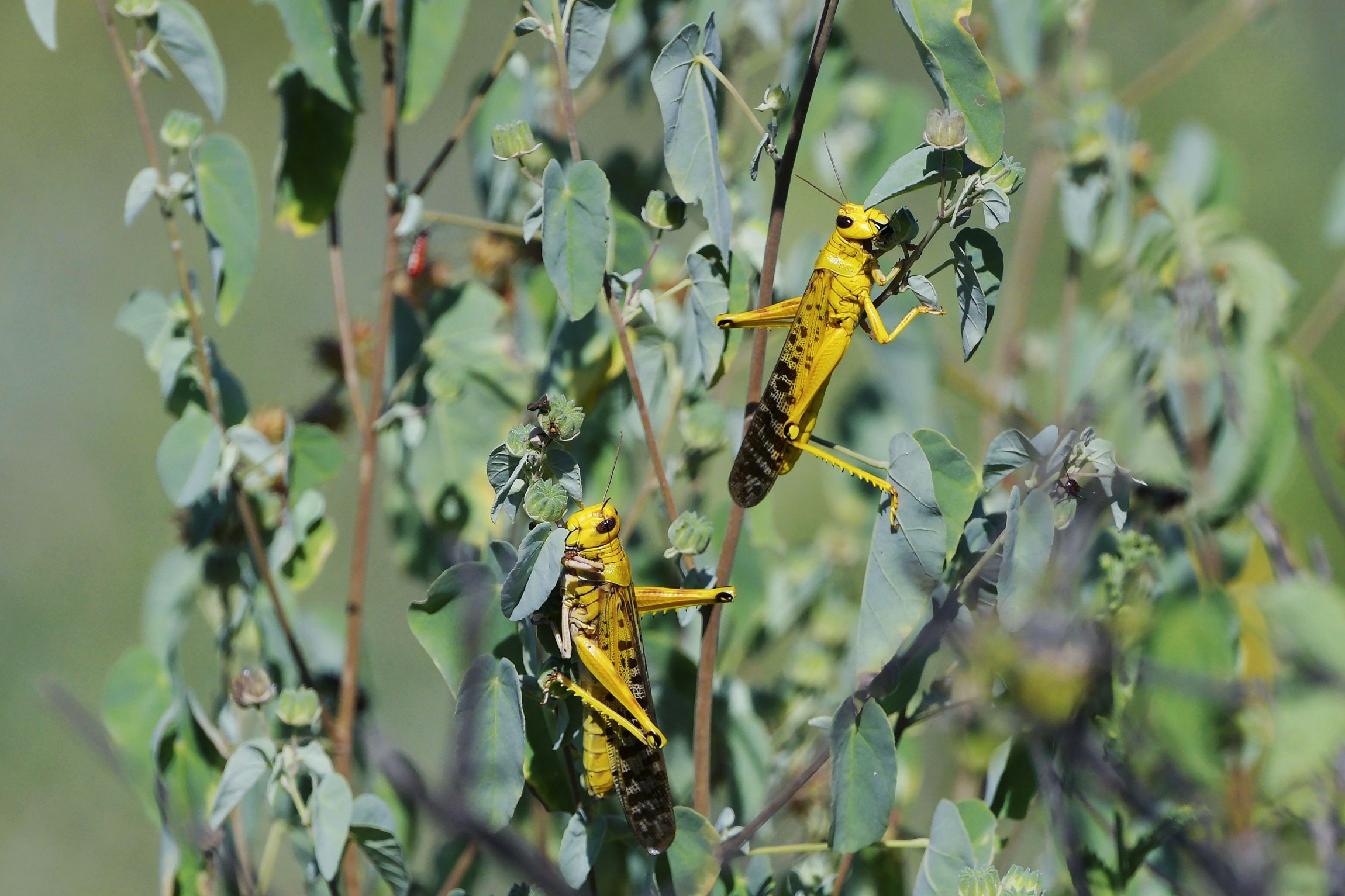 January and February experienced the worst locust outbreak Eastern Africa has seen in over 70 years. City-size swarms have invaded the region, threatening local communities after heavy rains in the Arabian Peninsula in 2018. The plague is already ravaging crops and farmlands in countries such as Kenya, Somalia and Ethiopia, threatening to put millions of vulnerable people at risk of famine, hunger or poverty. Billions of young desert locusts are wreaking a havoc on fresh vegetation, which is often an only source of income for farmers, and most importantly, a vital spring of food. With East Africa already facing the Covid-19 pandemic and severe floods, the locust plague is a crisis inside crises.

A monstrous threat brought upon by seemingly tiny insects 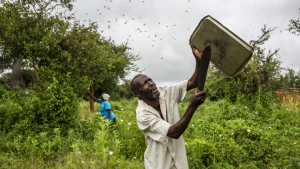 Locusts are paperclip-size (0.5-3 inches) species related to short-horned grasshoppers that form enormous swarm and spread across regions, destroying crops and devastating agricultural activities. During the dry season locusts are forced together in patches where vegetation is still available. It is the wet season when they truly wreak havoc. Returning rains, moist soils and copious amounts of fresh green plants, create a perfect environment for locusts to procreate rapidly and gather in enormous swarms. In the course of this time, the locusts’ endurance increases and their brains get larger.

Locust swarms are in motion most of the time and can collectively travel vast distances, more than 130 kilometres a day. Such swarms destroy crops and conduce extreme agricultural damage, increasing the risk of famines and starvation. Locust swarms are present in many parts of the world like the Middle East and South Asia, but are mostly concentrated in Africa. Frighteningly, a desert locust swarm can exceed the area of over 1200 square kilometres and contain more than 80 million locusts.

Each locust can eat its own weight in plants each day, thus a 80 million locusts can eat almost 200 million kilograms of plants every day. A swarm the size of Paris would eat the same amount of food as half of France’s population in a day.

East Africa has had repeated encounters with locust plagues throughout history. Locusts’ natural habitats lie in many parts of Africa. The main breeding points are located south of the Sahara Desert and the floodplains of the Niger River. The 2019-2020 outbreak isn’t the first one for Africa. There was a major locust plague from 1891 to 1903, followed by one that lasted from 1928 to 1941. The Sahel region then experienced long droughts in the 1970s and early 80s, halting the spread of locusts. However, rains returned in 1984, proving good conditions for the insects. The plague lasted till 1986, destroying livelihoods in the region. The last plague occurred in 1992 in North Africa. 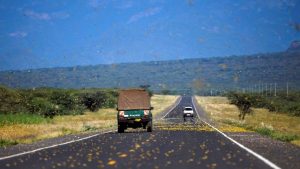 The continent has been a hotspot for locust outbreaks for several reasons. First, the swarming grasshoppers like feeding on grains, which are a part of the staple diet of humans. African farmers with overgrazed lands are especially vulnerable. The depleted soils tend to host more carbohydrate-rich crops, which lose their protein because nitrogen is washed away through overworked soils. Locusts mainly search for carbohydrates in their meals. Water is another factor. The rainy season brings new crops, vegetation, humidity and favourable conditions for locusts to live and breed. Climate change-induced prolonged wet season may be an underlying cause behind the 2020 outbreak. Warmer seas bring more cyclones, which in turn provide moist soils for reproduction. On the other hand, studies have shown that some species of locusts are adapting to droughts, by being able to survive a month without water.

The grim reality of food security, prosperity and the economy

The disastrous locust plague is causing immense problems for East Africa, a region notably dependent on agriculture for food security. The Food and Agriculture Organisation (FAO) and the UN called the situation “extremely alarming”. Locusts are endangering the economies and wellbeing of many in countries like Kenya, Ethiopia, Somalia, Eritrea, Uganda, South Sudan and Tanzania – all of which have quite large populations. The UN warned that millions could be exposed to an unprecedented threat to food security, where people already face hunger.

The FAO estimates that 70 000 hectares of crops in Kenya and around 30,000 hectares in Ethiopia had been infested. 8.5 million Ethiopians and 3.1 million Kenyans face food insecurity. Millions more could share the same fate.

Furthermore, the swarms have attacked tea and coffee crops that account for 30% of Ethiopia’s exports. The locust infection has targeted an especially vital sector, as agriculture contributes to about a third of East Africa’s GDP and employs over 65% of people in the area. The locust infestation will burden the food storage in the region and exacerbate the already high food price inflation. The combination of high food prices and its shortage can lead to social and political unrest, which is already a threat. The fact that the East African region suffers from low incomes, deep inequalities and widespread poverty, reduces the area’s capabilities to combat the food and economic shock. Inflation, falling GDP and exports, food shortages, poverty could conduce an enormous humanitarian disaster. The above factors can easily bring about – and already are – currency depreciation. As most East African countries have high external debt to be paid in foreign currency, a depreciation would make the debt unsustainable. Government spending in the region has been vital for economic growth. Now, that governments will reallocate their spending to combat the infestation, public debt could build up even further.

As locusts continue to ravage crops and vegetation, other problems arise at the worst possible time for East Africa. Climate change is causing extreme levels of precipitation leading to floods in nations like Somalia and Kenya. Thousands have been displaced due to lost homes, and hundreds killed by strong flows of water.

This weather contributes to the expansion of locust populations and spread of water-borne diseases. Simultaneously, in the last few months, Covid-19 cases have soared across Africa to over 75 000 and more than 2 500 deaths. Governments scramble to mitigate the spread of the pandemic, so lockdowns and travel bans have halted many African economies. All three issues facing Africa conduce unimaginable consequences for East African economies, their people and especially the region’s food supply.

Considerable measures have been undertaken to subside the locust infestation, however more is required if the region is to come out of the crisis strongly.