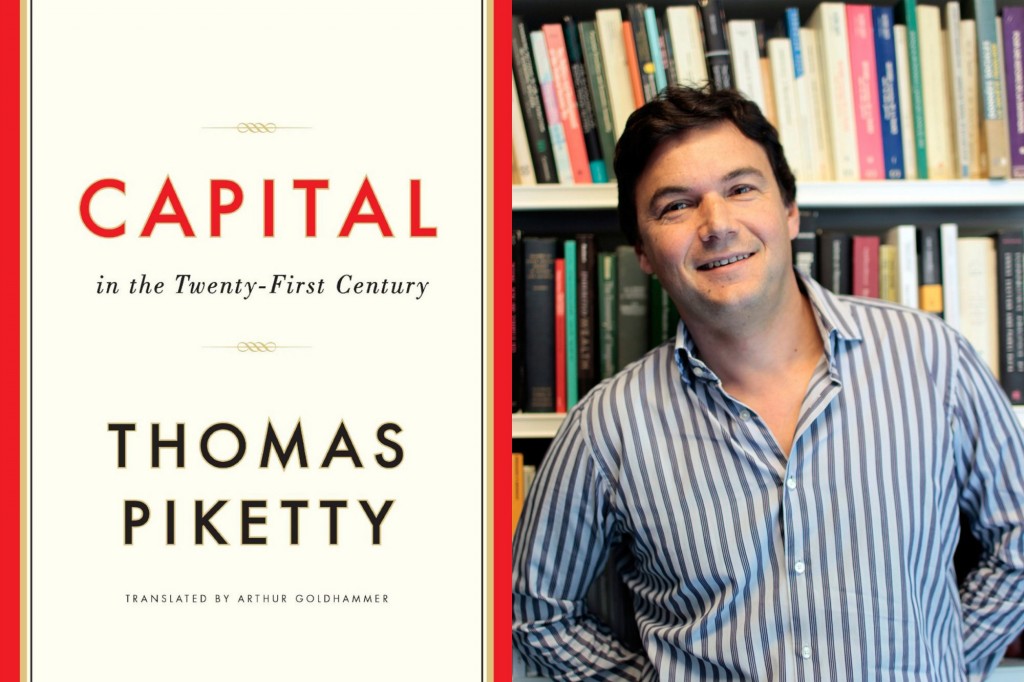 Ignored as it may have been for the past few decades, inequality is a subject stirring much debate today. One of the reasons for that is a book published in 2013 by a French economist Thomas Piketty, „Capital in the Twenty-First Century”. All Piketty’s conclusions are induced from historical evidence which had been collected by Mr Piketty and his colleagues for over a decade.

Alluding to a landmark book “Das Kapital” from 1867, Piketty has already been proclaimed “a modern Marx”. Whereas Marx urged that exploitation of labour force is the source for capitalists’ wealth accumulation, Piketty convinces that since wealth grows faster than economic output, over time the wealth gap between people who own wealth (with all its future returns) and people who don’t (their incomes depend on rate of economic growth) will widen and widen. A central concept to his book is the equation r > g, where r stands for average returns on wealth and g for rate of economic growth (in other words, returns people get on their work).

What Piketty highlights as another cause for inequality is so-called “snowballing effect”. Lax regulation concerning inheritances – in the US, for instance, with good lawyers at hand it is possible to inherit a sum of any size avoiding taxation at all – enables rich families to pass on their wealth to next generations. As the snowball rolls over and over, more and more money sticks to it, and, like it or not, some people have their futures secured right in their childhood. Children of wealthy people have wider access to education, internships, and jobs too. Both the “snowballing” and “networking” effect hinder the basis for a fair and just society – the equality of opportunity.

Piketty is convinced that the best solution for growing inequality would be a progressive tax on wealth. Today, taxation systems the globe all over depend heavily on taxes on income, while taxes on wealth are relatively imperceptible (taking into account their rate and how much people owning wealth have got). This way of arranging taxation system adversely affects people whose standards of living rely to a large extent on their incomes (correlated with g – economic growth), while benefitting those who “earn their living” (pun intended) from returns on wealth (r).

On his blog gatesnotes.com, Bill Gates wittily begins the entry Why Inequality Matters: “A 700-page treatise on economics translated from French is not exactly a light summer read—even for someone with an admittedly high geek quotient.” Of course, this 700-page treatise is Piketty’s „Capital in the Twenty-First Century. Although it has faced much critique concerning research methods and generalisations, its primary merit has been drawing attention of at least few million people – 1,5 mln is the number of copies that had been sold as of January 2015 – to the problem of rising inequality once more. Every once in a while, some economist – for instance, Stiglitz in his “Price of Inequality” – attempts at nudging policy-makers to, at least, take a try at tackling the problem. Perhaps, eventually, Piketty will have succeeded?