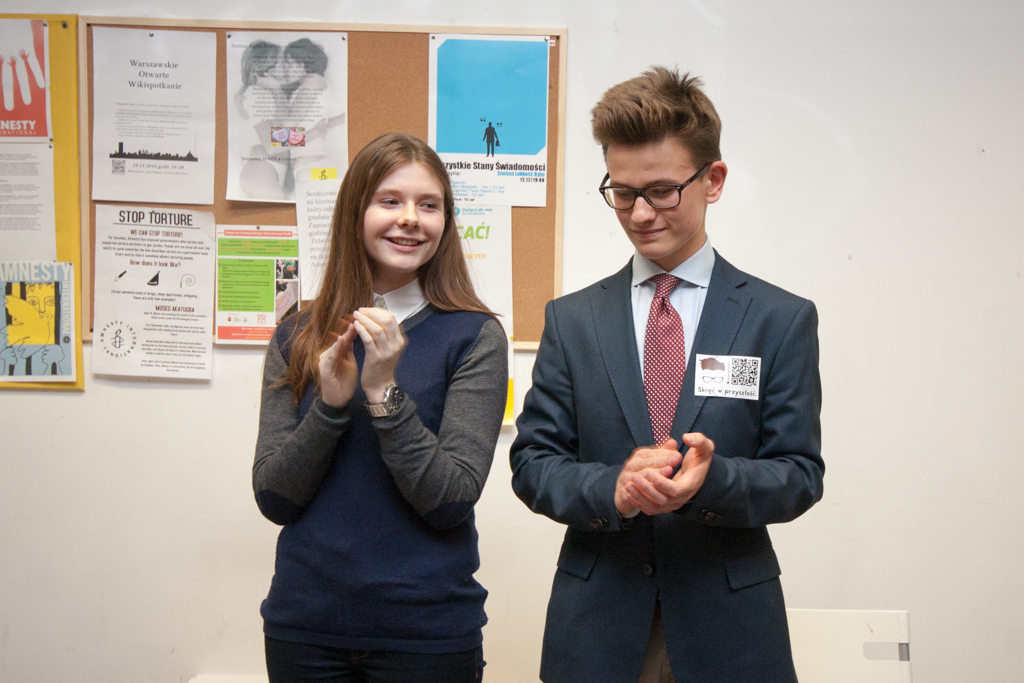 Last Wednesday (10.12.2014), a significant event took place in our school. The prime minister elections were held, during which the school committee handed over the reins to the new leader. Two representatives stepped forward for candidacy: Zosia Sablińska of Raszionalni and Michał Skręt of Skręć w Przyszłość.

In the case you have not yet seen their programs, refer to these links:

The elections were headed by Prime Minister, Magda Nowińska, according to a program of her own design.

The elections consisted of three stages.

After answering these, the candidates posed one question to each other. 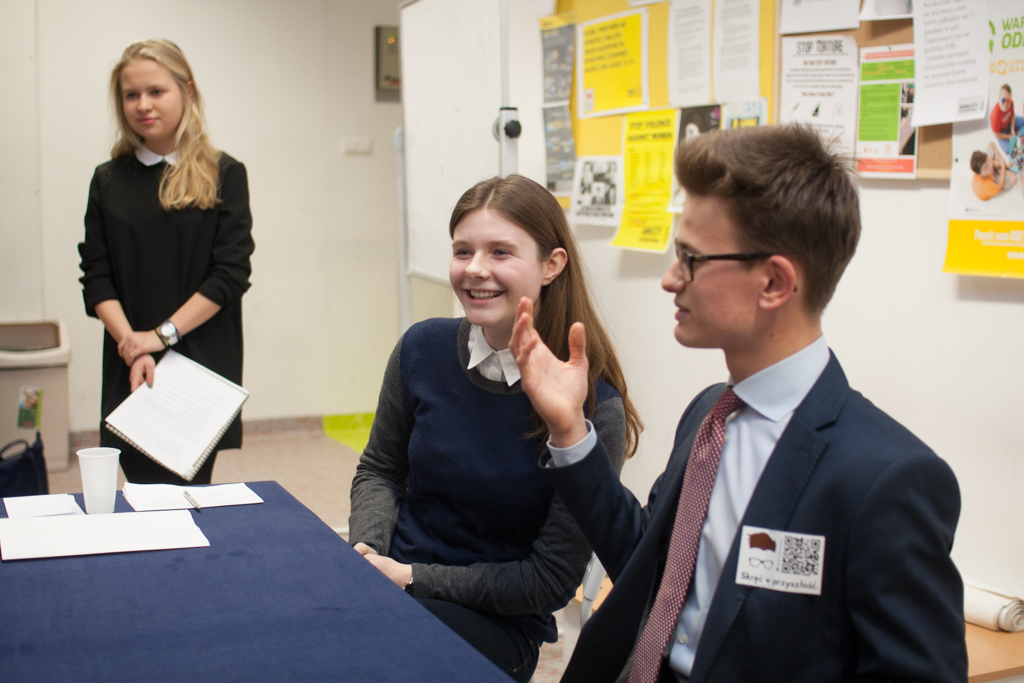 Next, the representatives delivered a short speech – to make their case. They referred to their parties’ respective campaigns. In their speeches, the candidates stressed the importance of improving clarity in school rules and information flow, as well as of introducing new projects and continuing undertakings initiated by the former student governments (such as sport events, Raszmun). They also spoke of their personal goals, past experiences and extensive involvement in politics in their previous schools.

Lastly, a Q&A session was held in which the audience could address the candidates with their own questions, concerning what they had heard during the previous two stages. This also marked the end of the debate.

As requested by members of the newly appointed school parliament (consisting of members of both parties), the voting was performed by secret ballot. The votes were counted by neutral parties.

The final sum up was as follows:
With a difference of 3 votes, the election was won by Zosia Sablińska who is now the new prime minister of our school.

I would like to thank you all. I wouldn’t be able to do this without my support system, my political party Raszionalni especially has been there with me till the end and I am very grateful for that. I really think that together with them, as well as with Skręć w Przyszłość, we will be able to improve our school. Every idea is important. I am a fully committed to being prime minister and am very excited for my term in office – said Zosia Sablińska, new Prime Minister. 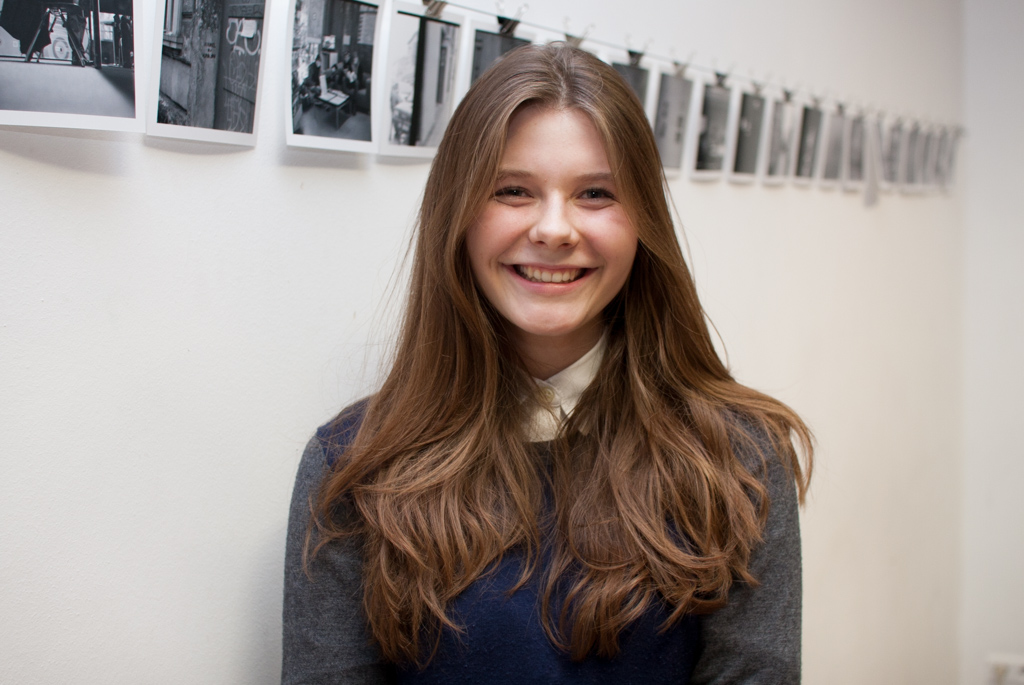