On the 15th of December 2017, the second film of the Star Wars sequel trilogy The Last Jedi was released in the US and is currently judged as a four to five star movie, furthermore, there are mixed emotions of whether the movie was the best or the worst out of all of the Star Wars film series, therefore it remains as the main thing going around the media.

Star Wars: (Episode VIII) The Last Jedi is a science-fiction movie, written and directed by Rian Johnson and owned by The Walt Disney Company. The filming started on the 14th of September 2015 in Ireland and ended in the beginning of the year 2017.

The plot revolves around the characters from the last Star Wars movie The Force Awakens, and the story of the new part begins as if the movies weren’t parted for 2 years but 2 seconds, since Episode VII ends on Rey, one of the main characters, reaching out with a lightsaber in her hand towards its owner, Luke Skywalker, and Episode VIII starts with Rey approaching the great jedi master to hand him his missing weapon.

J. J. Abrams, whom directed only Star Wars Episode VIII movie, after finishing it, decided not to direct Episode VIII, his place in directing The Last Jedi took Rian Johnson who has done a great job. In my opinion, his vision of Episode VIII is a perfect follow-up of The Force Awakens.

One of the most interesting things I found in The Last Jedi is the acting. Surprisingly, the actor who did the most outstanding work in their character, in my opinion, is Oscar Isaac who played the commander in the Resistance’s Starfighter Corps, Poe Dameron. I love it how Isaac showed Poe’s personal problems, in a very problematic situation, and his rebellious personality which shows that Poe wants what’s best for the Rebellion, but will fight for honor and success no matter what.

Adam Driver and Daisy Ridley were playing Ben and Rey, who only wanted to find answers, therefore, even if their acting wasn’t necessarily extraordinary, it was still good. Carrie Fisher was playing General Leia Organa, who is ready to do anything for the hope of destroying the First Order, thereby Carrie did a wonderful work with performing Leia as a strong, unstoppable and fearless leader with flaws, again.

Mark Hamill restored Luke Skywalker in an amusing way. I saw this great jedi as a perplexed and awkward elderly person, who wished to be left alone, so I appreciate Hamill’s acting skills in his returning role. In conclusion, the acting in „Episode VIII” was terrific, since „Star Wars” are a crucial thing for many people, thus the directors had to cast gifted actors in order to do their best to entertain the audiance.

The other aspect I like about the newest Star Wars movie, are the visual effects. I’m glad the director gave up on the idea of using only the green screen and computer-generated imagery (what George Lucas did with Episode I, II and III) and literally used real objects, for instance: creating actual robots/droids, filming in various places around the world, not just Hollywood, and adding real explosions and stunts. It’s amazing how the handmade and CGI items are so neatly made that I get confused when telling them apart, therefore, I think, the audience feels as impressed with it as I am.

What I also enjoyed in The Last Jedi were the stunts. Because I am a big fan of action and I know „Star Wars” are stuffed with stunts, I was mostly paying attention to them. I wasn’t disappointed with the lightsaber fights, neither any of the other heart-stopping scenes, since the actors have been working very hard on making these thrilling displays as best as possible.

The artists have begun cooparating with professional stunts and stunt coordinators three months before they started filming Episode VIII; moreover, the actress Daisy Ridley, who had to practice with fight coordinators for a while due to her character, has one particular scene in which her figure, Rey, works on her moves with Luke Skywalker’s lightsaber. The scene lasts about two minutes; nevertheless, it is a very tiring activity. The actress’ teachers thought it would take her three days to learn the routine, but surprisingly she has done it in an hour and half. This proves that the actors wanted to make the stunts incredible and breathtaking, what, in my judgement, they accomplished.

The last and most important reason why I liked The Last Jedi is the storyline. I find it special and different from the other motion pictures, even though if it is the second movie in the trilogy, it feels like its own thing. I think it’s fascinating how Rian Johnson combined the fight of good against evil with the complexed characters, who struggle to find answers, be left in peace, help others or rule the galaxy.

On the whole, I recommend watching Star Wars: The Last Jedi to those who either have seen the other trilogies or have not, but then they must watch the rest in the correct order (start with Episode IV). I propose seeing it, because, firstly, Star Wars have become a part of society, since it is a pretty old franchise and many people like it; in addition, due to The Last Jedi being a part of the series, means that those who didn’t like The Force Awakens but watched it anyway, must see Episode VIII because it might change their mind about the sequel trilogy. 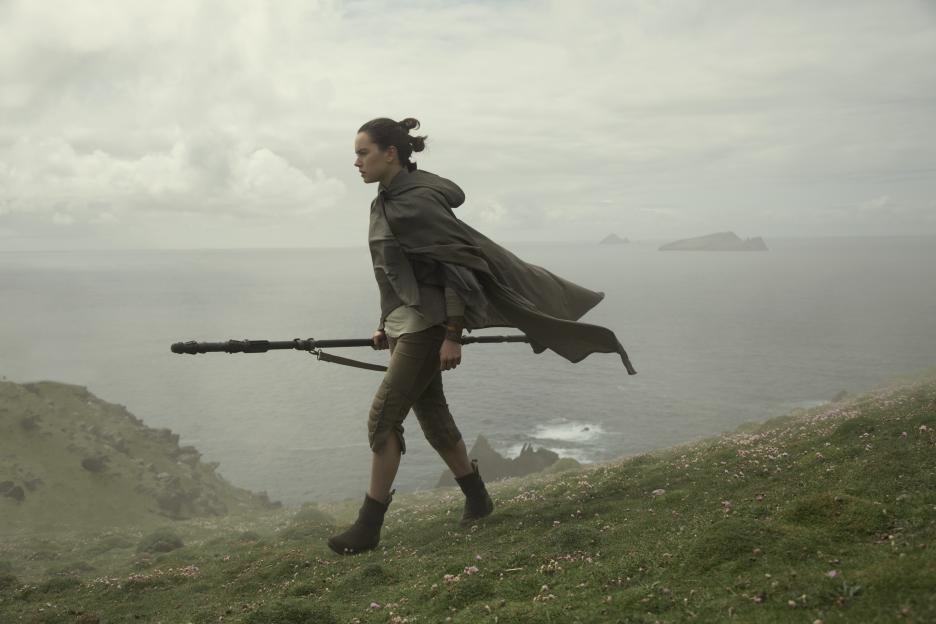 Although, Rian Johnson has done a brilliant work, he still wasn’t able to satisfy everybody in the Star Wars Fandom, but he is not worried about the conversations his film is creating. When a fan asked him a question on Twitter whether it is good that the movie is polarizing to many and that there are conversations about it, he responded:

„The goal is never to divide or make people upset, but I do think the conversations that are happening are going to have to happen at some point if sw is going to grow, move forward and stay vital.”

In addition, Daisy Ridley, who played Rey, said „Rian has written a story that’s unexpected but right” and i agree with her, since I think Johnson made Star Wars fresh and new again, therefore i respect and admire his work on the movie. 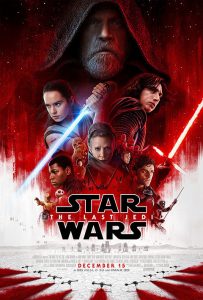