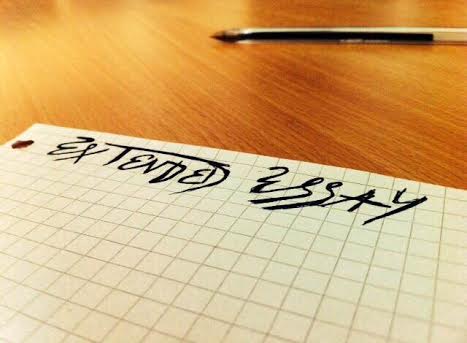 Our first day in Osieck’s „Pod Sosnami” consisted of 3 meals, 3 intensive blocks of work in 3 groups and a movie with 3 outstanding actors (J. Cusack, D. Hoffman and R. Weisz).

The first work block was with Mr Brian Williamson, who gave a lecture about the so called EE – the extended essay. Now we know what task is ahead of us and how often we must face deadlines and that procrastination should be a word belonging to the past. After noting all the be-all and end-all about the 4,000 words that we’ll have to deliver over the next 2 years. 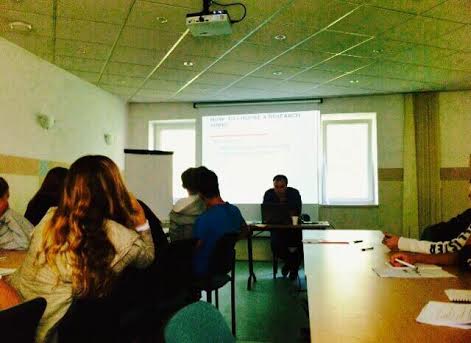 We learned how the way we talk or the way we move tells other people something about our emotions or our character. For example, we would never have thought that one could communicate with the „number language” that Mr. Klaudiusz introduced to us. This course of body language ended with a relaxing set of easing exercises and a fair amount of dancing.

At 2pm we were strengthened by vegetable soup and de volaille and then ready for discussing the movie watched the day before. Under the guidance of Mrs. Koblak, everyone had to consider 12 Angry Men under the aspect of fallacies in reasoning and language. Posters and mind-maps helped us capture the best and most important deductions or ideas.

In the evening, we ensconced ourselves in front of the movie screen and shared the thrill with the man involved in manipulating a court trial. In spite of being a rather complicated and knotty flick, all of IB 1 made attempts to understand the Runaway Jury and interpret it. 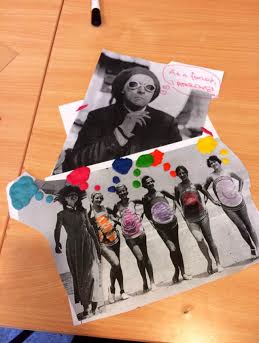 On Wednesday, we continued to have three blocks separated by short breaks (usually lasting 20 minutes). The day started with a presentation about copyrights made by Mr. Krzysztof Sikora. After being divided into four team, each group had to – with use of given materials which were pictures of women – creatively make a collage, which should indicate and promote woman’s rights of free speech. Afterwards, we were introduced to multifarious types of copyrights such as open content, open access, and creative commons. Moreover, we found out about some polish extraordinary laws, e.g. after seventy years after one’s death, his/hers art works are fully accessible to public.

Our next block was with Mrs. Koblak, who taught us about Wikipedia’s structure and how its content is created. There were many criteria that had to be fulfilled for an entry to be accepted, including: verifiability, neutral point of view, no original research, and notability. By the end of the session, we were told that there’s going to be competition. Those who make the best Wikipedia entry will receive awesome prizes. Among many ideas, there were various, unique titles such as Mrs. Beata Dzedzej, Brian Williamson, Płaczące anioły (as known as The Weeping Angels), and drzazga. By the end of the day, one of the winners was an entry called Maciej Leon “MYX” Nęcki. The group who created it (P.Zatorski, K. Sęk, S. Nowak, K. Nasterski) won a book – Życie Wirtualnych Dzikich by Dariusz Jelemilniak. 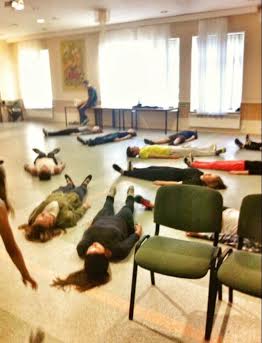 The last block we spent with Mrs. Wink, who changed our perspective on stereotypes. We realized that the process when one starts to judge others basing on stereotypes actually starts as soon as we gain the ability to comprehend what people tell us. Mrs. Wink provided us with a link to a page which detected whether we possess any hidden / unconscious stereotypical views.

It was just another day thanks to which our knowledge greatly widened. The blocks were indeed beneficial for one now profoundly understands more about common things such as Wikipedia’s entries, stereotypes and copyrights.