On Thursday, March 19, our IB students had a TOK BLOK that ‘slightly’ differed from the usual ones. The guest speaker, Dr. Piotr Szymczak, an Assistant Professor at the Institute of English Studies at the University of Warsaw (and an ex-TOK teacher in our school) introduced the students to the way our brains work under different circumstances beginning by involving each of them through making them write anonymous tests with questions that tricked their minds.

What knowledge did they actually acquire? First of all, we do not have one mind, but two. Or to put it in a more precise way, we have two separate systems in our brain. One is responsible for fast, intuitive and snap judgements, whereas the second one is slow, deliberate, analytic and careful. When we encounter seemingly simple questions, we do not put effort into turning on our more careful system. We quickly decide what the right answer is – not necessarily to the question presented but to the question we think is meant. For example, there was a question in the test about a person who is shy, meticulous, orderly, friendly and likes to escape into fantastic realms of books.

The question was who this person was more likely to be – a librarian or a farmer? The typical answer was, of course, librarian. In fact, it is the right answer to the question our minds interpreted – whom would these features of character fit better – a librarian or a farmer? Actually, it is much more likely that this person is a farmer than a librarian since, even taking into consideration the description of the character of the man, in Poland for every one librarian there are a thousand farmers. 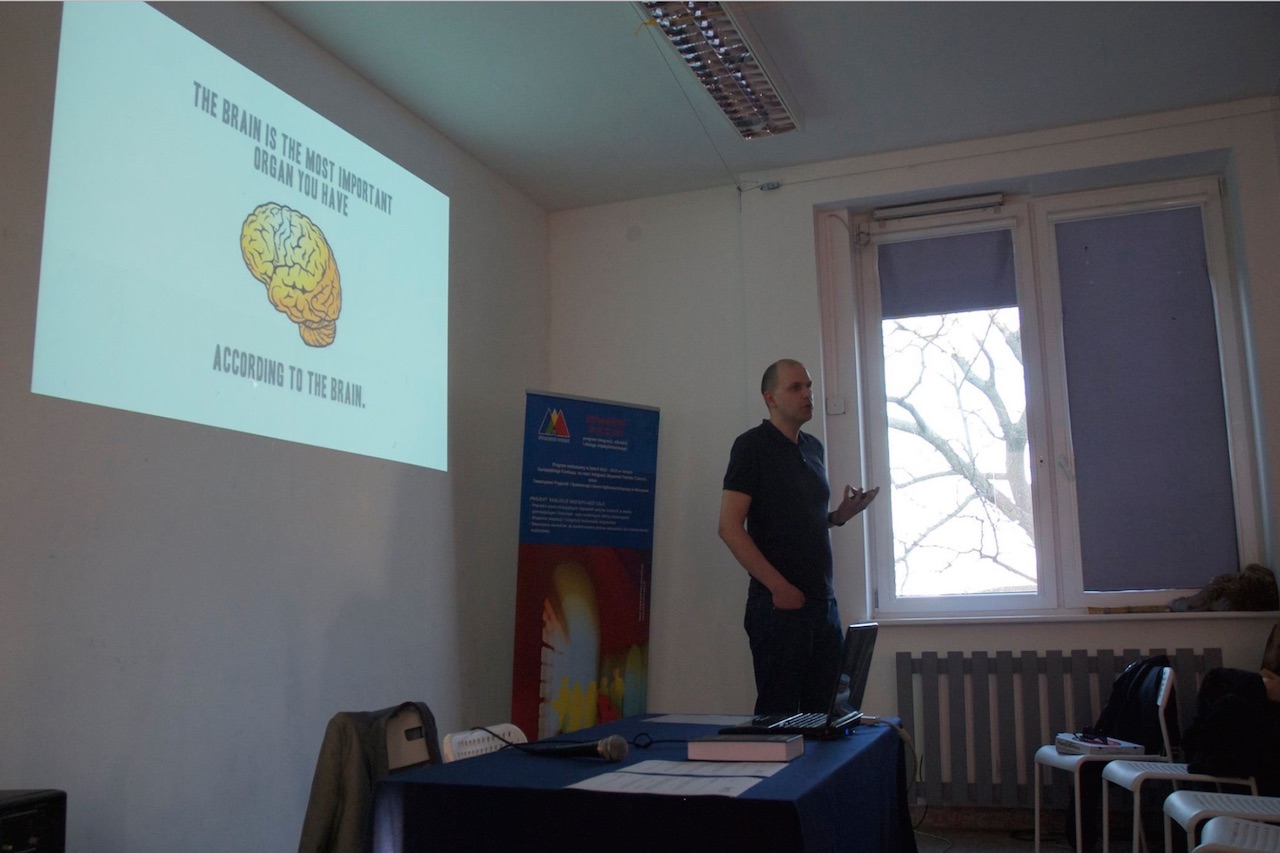 Another way human mind may trick its owner is so-called anchoring. We base our decisions on information we receive subconsciously. At the beginning of the TOK BLOK students received question sheets that slightly differed from each other. For instance, there was a question ‘How many countries are there in Africa?’ Some sheets had normal numbering of questions and this was question 8. Others’ tests began with question number 248 and the question about countries in Africa was 255. Result? The students who encountered this question with the higher number tended to give bigger numbers as the answer.

Mr Szymczak also gave many other examples of how our minds trick us if we give answers without longer hesitation. For those who seek to become familiar with more of such mind-mechanisms, the host recommended reading the book Thinking, Fast and Slow by Daniel Kahneman, which he translated into Polish. Whether planning to read the book, or not, the students possessed very useful knowledge about the functioning of their brains which, no doubt, will be helpful on the path of scoring 45 points on the final exams.